Almost everyone loves a chocolate treat, and because our dogs are often a part of the family, it can be tempting to reward them with their own little chocolate treat. But before you give in to those puppy eyes, consider that chocolate is one of many foods that can be toxic to dogs. While it’s rarely fatal, chocolate can cause all sorts of health problems for dogs because of a couple of its ingredients.

Let’s have a look at them and see why you should avoid giving them to your dog.

Chocolate contains theobromine, and because our dogs’ metabolism works differently to ours, it can cause some problems. Theobromine is found in cacao, the main ingredient of chocolate. Its levels will depend on the type of chocolate. The darker and more pure the chocolate is, the higher the amount of theobromine it’ll contain.

Toxicity levels also depend on the size of the dog and how much was ingested. A small amount in a large dog might only cause vomiting or diarrhoea, but larger quantities can cause tremors, seizures, internal bleeding or heart failure.

Chocolate also contains small quantities of caffeine, which is also toxic to dogs, and large amounts of chocolate containing both theobromine and caffeine can be fatal for a small dog.

Cats are also affected by the ingredients in chocolate, and while they’re less likely to ingest it, some cats have a sweet-tooth and will eat it if given the opportunity.

Symptoms and Treatment of Toxicity

Often, you’ll see the evidence that your dog has eaten chocolate such as discarded and torn wrappers and packaging, and you can quickly get them to your nearest veterinarian. However, symptoms of toxicity can take a while to present depending on the size of the dog and how much they’ve eaten. These symptoms can include restlessness, hyperactivity, trembling, nervousness, increased thirst and urination, a racing heart, seizures and possibly death.

Your vet will induce vomiting and treat the symptoms, so the sooner you can get to the vet, the better the outcome for your dog.

Don’t be persuaded by your dog’s beseeching look the next time you have chocolate, and don’t leave it anywhere they can steal and eat it. Keep a supply of healthy, dog-friendly treats such as kangaroo jerky so they don’t feel left out. They’ll prefer the taste and you’ll feel better because you’re not risking their health.

Your pet’s health and comfort are our top priority, so if you suspect that your dog has eaten any quantity of chocolate and they’re displaying any of the above symptoms; take them to Port Kennedy Vets immediately.

Call 08 9524 6644 or contact us online for any enquiries or health concerns regarding your pet. Our wellness programs make pet care easier, and with affordable monthly payments, they’re an investment in the health and wellbeing of your beloved pet. 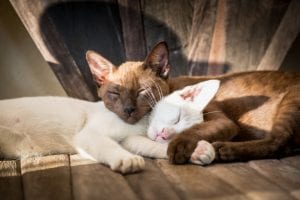 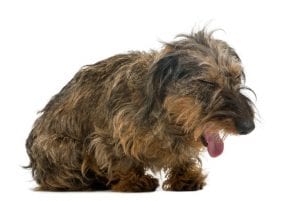 Causes of Coughing and Gagging in Dogs 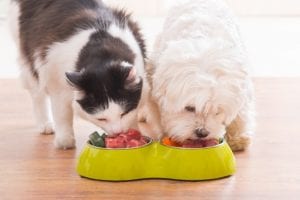 Using Elimination Diets to Determine Allergies in Your Pet 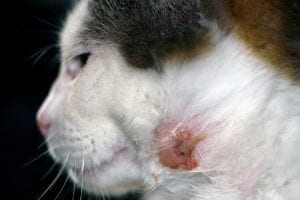 What are Cat Abscesses?